Going on vacation doesn’t mean you have to lounge around and do nothing. Sometimes it is during times like this that you need to get out of your comfort zone and do what makes your heartbeat race faster — and that could mean swimming with sharks! Sharks have been labeled as predatory for many centuries now and while it is true (sharks eat other fish in the sea) — they don’t really attack people unless provoked. Sharks have been portrayed in movies, the most famous being Jaws and it showed sharks to be menacing. The image of a large fish devouring you while you swim in the open sea can be terrifying but it is also exciting to many people. Thankfully there are destination hubs that offer you the once-in-a-lifetime chance to swim with sharks! 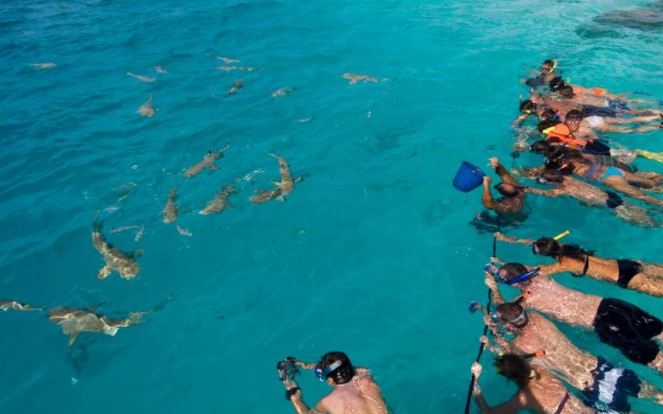 Sharks come in different species, and the whale shark is the biggest of them all. Hop on a plane and swim the Caribbean waters with whale sharks between the months of May to September where you will experience the largest concentration of whale sharks in the world. This trip is more for laidback travelers: whale sharks are vegetarians and you can swim freely beside them!

Surprised to see Las Vegas in the list? While Sin City is more notably known for its casinos, Las Vegas holds a treasure within itself — specifically in the Shark Reef Aquarium at Mandalay Bay Resort and Casino. Over 30 species of sharks can be found in the aquarium, and hotel guests have the luxury to dive in and experience these majestic creatures up close and personal. If you aren’t too fond of being THAT close to them, don’t worry. You can still admire them through the many aquariums at the Golden Nugget in Las Vegas. If you want to interact with sharks but within safe measures, head over to Shark Reef Aquarium. Guests have the opportunity to feed the sharks from overhead.

The Bahamas is one of the most popular beach destinations, and of its main attractions is you get to dive with sharks! Take a high-speed boat from the coast and get to the open waters where many shark species await you. A guide will dive into the water, luring the sharks with bait, while you watch from above and see how awesome (and scary!) these creatures can be.

Another popular holiday destination, Maldives is renowned for its pristine beaches and world-class resorts. While the intent to go to this island is to relax, inject some excitement into your itinerary when you opt to dive into the deep blue sea and swim with whale sharks. These gentle giants of the ocean are not carnivorous (they won’t crave for you, don’t worry) and they swim languidly. Admire their majestic size underwater while the sun sets on the horizon.

Hammerhead sharks swim along the coast of Costa Rica and if you want to find yourself face to face with this aquatic oddity, then head down south. The hammerhead shark’s distinct features make it stand out amongst other shark species. There’s no need to use a cage when you dive underwater to watch these animals swim freely — only 3 out of the 11 hammerhead species are feisty enough to bite humans. There have been a recorded number of cases (33 to be exact) of hammerheads biting people but none of these were fatal. The hammerhead is also a sign of good fortune to the people of Hawaii. They believe that when you see a hammerhead swim close to you, it means that the gods are watching over your loved ones and that the ocean is clean. 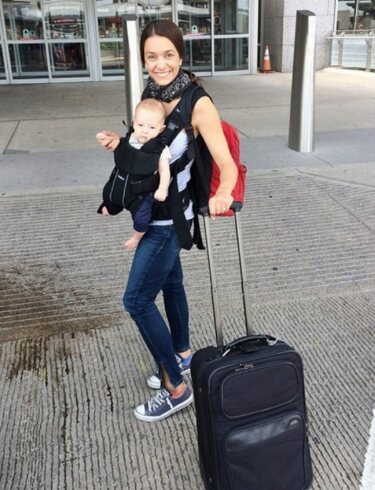 Planning A Trip With A Baby? Here Are Few Tips You Must Know

Gift Your Love A Sweet Honeymoon: Top 6 Places To Visit In Europe

For travelers, Europe is the favorite place to visit, thanks to the diverse culinary and culture. There are 50 countries on the continent, and you might…