The spirit of the proclaimed ’King of Reggae’ still lives in the hearts of millions across the globe because of his connection to music, arts, and poetry. Born Robert Nesta Marley, the songbird made his way up the musical line and created an industry that is cherished to this day across the world, and especially in his homeland, Jamaica. Affectionately called Bob Marley, he steered the wheels of three different genres of music between the 1960s to the 1980s (Rock Steady, Ska, and Reggae). The rich cultural heritage created by this fantastic figure is still fresh in the hearts of many even after almost three decades have passed since his death. The icon is categorized by many authors as a ‘charismatic emissary of modern Pan-Africanism’ because of his steadfast love and urge to protect what he called ‘the black life’. His music is known across the globe, so of course, we can all agree that he is one of the greatest musical legends ever to walk the face of this earth.

Touring With Bob Marley In Mind

His Life and Passion

Bob Marley was born on February 06, 1945, in Nine Miles, Street. Ann, Jamaica to parents Captain Norval Marley and Cedella Malcolm. His strong urge to fight against racism and the elimination of what he called ‘black culture’ came from his own life of being a child of an inter-racial marriage. Having both black and white parents, Marley lived his life to see everyone as equal and of precious value though he didn’t see his father much as he was away a lot, and died when Marley was just 10 years old. After he died, his mother moved to Kingston, Jamaica, to live in the inner city known as Trench Town. That move helped prompted Marley into his musical
career.

It didn’t take long for Marley to discover his extreme love for music and started the mission of making a difference through his words and music. He joined forces with some stalwarts of the music industry at the time, such as Neville Livingston (popularly called Bunny Wailer) and Peter Tosh. While on his various music tours, he met the beautiful Rita Anderson, whom he fell in love with and married in February 1966. He later migrated to the United States but only stayed for eight months.

In addition to his love for music, Marley also joined the ranks of Rastafarians, who saw the need to promote love, culture, and correct guidance. Everything he did, he did passionately, and he really believed he was put on earth to spread a message, performing with a spiritual dedication.

Over the years, his musical career spiraled into greatness, where he had new talents and formed new groups with his wife and other friends. He received awards worldwide for his music and never for a minute strayed from his humble lifestyle. However, at the height of his career, Marley fell ill and never took care of the problem, leading to his death in a Miami-based hospital on May 11, 1981, at the age of 36. He left a rich legacy for his family, friends, and the world at large. Most of his children to date have trodden along a similar path in music and are still having successful careers like Stephen, Damian, and Ziggy Marley.

For a fact, a visit to Jamaica wouldn’t be complete until you traverse the rocky road up the hills of Nine Miles, where the legend was born in a small cottage that is still there today. The ground has become a rich heritage and tourist-attraction site and houses artifacts from birth to burial of the life of this famous icon. Get a taste of what he believed in and connect with him in his humble abode seated at the top of the hills in St. Ann, Jamaica. 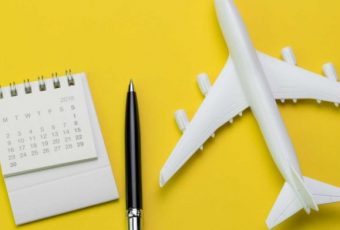 When Is The Best Time To Book Your Flight – Long Before Or Adjacent To Trip?

Let’s say you’ve decided to go on a trip and it requires you to fly halfway around the world. Even if you have chosen a destination,… 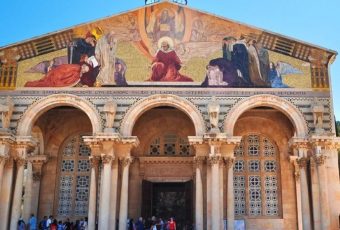 Location To Follow Jesus – Pilgrims’ Trips Around The World

There are roughly 31.6% Christians around the world – more or less 2 plus billion people – making Christianity the most followed religion on the planet….

Flights10 Top 10
More From Flights10
Find Us On Facebook